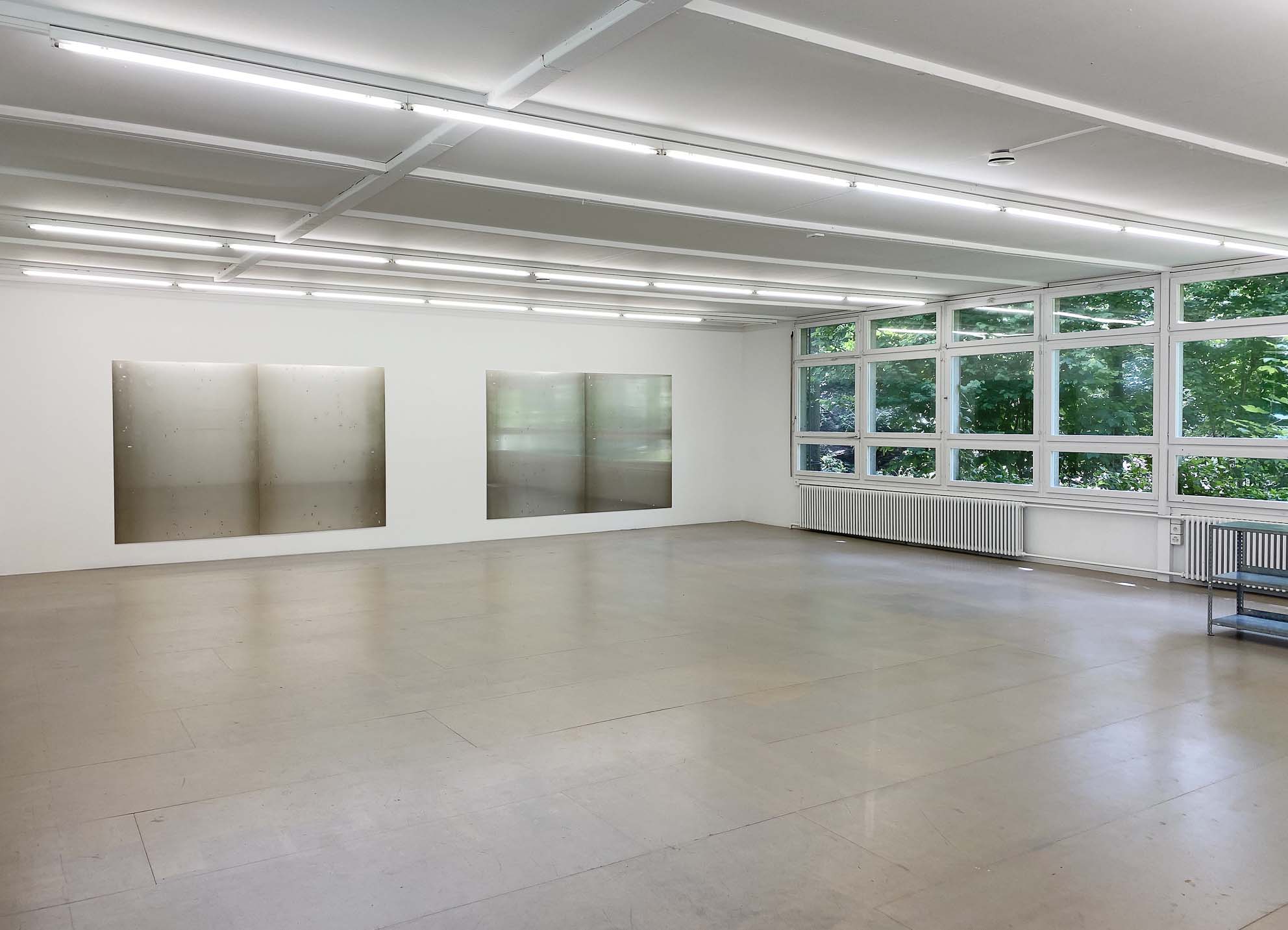 Let’s say that a room is a spatial utilitarian framework. The division of spaces is based on their function(s). The wall, one of its founding members, is a barrier and a demarcation.

True. But what about the studio? And when spaces and their functions start to mingle or live inside one another? The studio is a room in which I work, show, eat, sleep,…the wall is not only a barrier, but also a framework, a background and an onion of surfaces; a geology of layers and traces.

This mingling of spaces and their functions dates way back. Do you know that the French word ‘Salle’ originates from the old-French ‘Sal’, which means: habitation comportant qu’une seule pièce. People were obliged to a dynamic usage of space, only the privileged could afford multiple rooms. And in terms of the wall as a background; I have to think about people’s need to decorate and to make a space one’s own, to transform space into place. In this sense the wall becomes a surface for personal projections through decoration.

I was recently thinking about the studio and the exhibition space as a snake biting its own tail, an ourobouros, unclear which one is the head and which one the tail. An endless cycle of objects shifting from one place to the other, just as words, being reinserted into new sentences to say the same thing differently.

Did you see ‘The Tenant’ by and with Roman Polanski? At a certain moment in the film he poses this mind-blowing question to his maitresse: … And if you cut off my head, would I say: me and my head or me and my body? What right does my head have to call itself ‘me’?

I think none of both. ‘me’ only exists in their interrelation.

But to come back to your metaphor in terms of language, I think the artist’s career is like a never-ending sentence, in which the exhibition space is the comma; a small pause in the exchange, a moment of silence before the objects continue their journey or return to their original shelter.

It’s interesting to think of punctuation marks in terms of architecture or space, dealing with the idea of the in- and outside, dividers of words could become walls, windows or doors.

This division of in- and outside is something Deleuze finely deconstructed, by stating that the outside is not a fixed limit but a moving matter animated by peristaltic movements, folds and foldings that together make up an inside: they are not something other than the outside, but precisely the inside of the outside.We could say the studio and the exhibition space are each other’s inside-out or outside-in. The wall becomes the metaphor for their duality, two sides of the same coin.